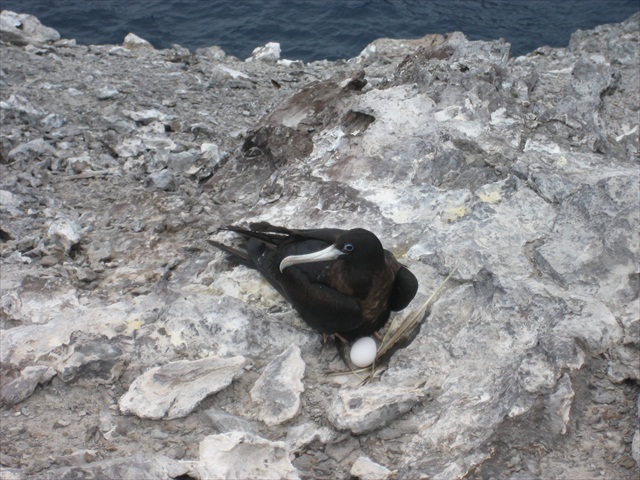 On Saturday 1 December a member of the AOS discoverd two nesting Ascension Frigatebirds on a remote part of the Island.  The AOS were on their 18th expedition to monitor seabirds on the Island.  This find spread like wildfire across the Island as this was the first recorded nesting Frigatebirds on the mainland since Charles Darwin visited in the early 19th Century.  A press release was prepared by the Ascension Island Government with the RSPB and was printed in the Observer today.  Unfortunately the role of the AOS in providing the data for conservation efforts and this momentus find was not mentioned by the paper.