Get involved in the twists and ‘terns’ of seabird migration on Ascension.

Dr Jim Reynolds, School of Biosciences University of Birmingham, in conjunction with the AOS, is launching an ‘Adopt a Sooty Tern’ Scheme.

The aim is to obtain movement data from a sufficient number of Sooty Terns that will allow us to determine, with confidence, the locations in the Atlantic Ocean that are most important to the species between breeding seasons.

An expedition returns to Ascension in late November in the hope of recovering the remaining 17 geolocators fitted to birds in March 2011. Data will be recoverable from these devices but we want to deploy many more devices to continue this study.

If you would like to adopt a Sooty Tern by purchasing a geolocator to help continue this research then for full details please download the information sheet.

In return for your geolocator purchase you will be provided with:

If you can't spoil yourself then why not adopt a Sooty Tern as a gift or club together with friends and/or colleagues to do so. 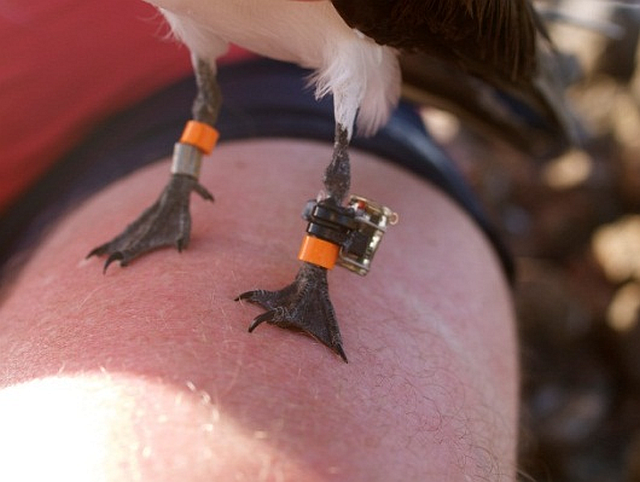